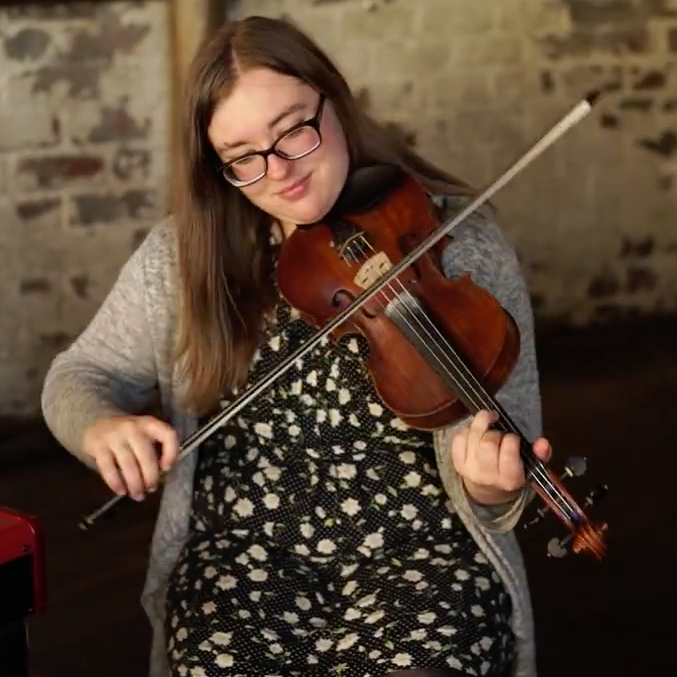 Madeleine Stewart is a Glasgow-based fiddle player. Originally from New Hampshire (USA), she moved to Scotland to study traditional music at the Royal Conservatoire of Scotland.There, she developed a unique style based in the contra dance music of New England and
influenced by the broad range of trad musicians in Glasgow. She has been teaching and performing for over a decade on both sides of the Atlantic. From a young age, Madeleine received music tuition at the Concord Community Music School in New Hampshire, which impressed on her the importance of music for everybody in all stages of life. Since then, she has taken every opportunity to teach group classes and private lessons for all ages, including with The Folks’ Music Project in Glasgow. In addition to teaching, she performs with Eriska (six-piece folk-fusion), the Routes Quartet (string quartet meets traditional music) and her trio with Rory Matheson (FARA) and Craig Baxter (Gnoss).