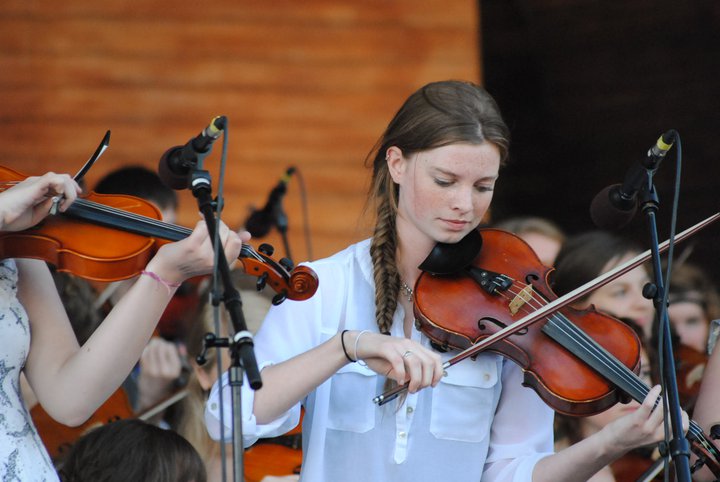 Luisa Brown is a fiddler born and raised in Edinburgh, within a strong community of traditional musicians. After graduating in Music, Communication and Cultural Studies from the University of Newcastle in 2012, Luisa spent many years travelling and performing around the world and forging connections through traditional music. This resulted in the creation of pan-European project The Schoolhouse Sessions, Edinburgh polyphonic Balkan choir Unučad and Scottish-Galician collaboration Ambas Mestas. She has worked as Artistic Leader at Ethno music intercultural exchange courses in Chile, Sweden and Germany and currently plays in Balkan brass party band Blue Giant Orkestar as well as traditional Scottish ‘gigs-abroad-only’ band Holiday Club.