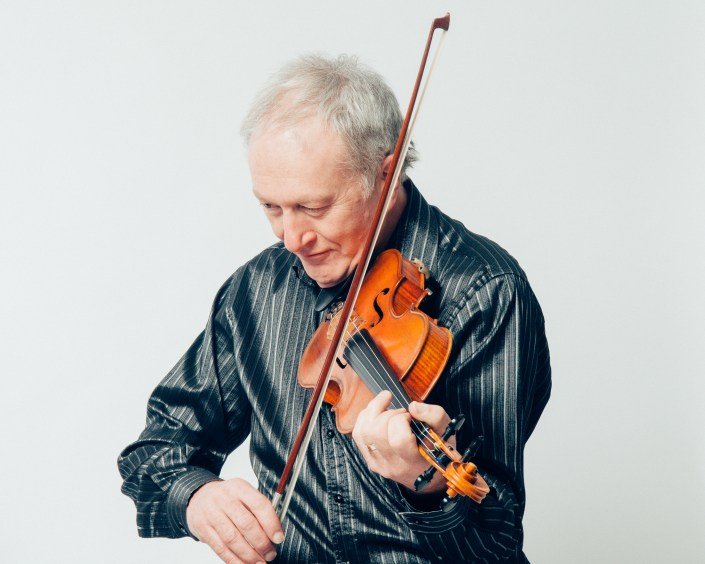 Iain performs and teaches tradition-based music. His work has drawn on the extensive repertoire of traditional music ranging from 18th Century Scottish tunes to new self-penned compositions and from the multiple regional music styles of the British Isles to those of North America and Europe. His recent compositions of ensemble pieces aim to extend traditional Scottish music motifs and present them in new ways. In November 2021 a new commissioned piece ‘Gneiss’, was premiered at the Adult Fèis in Ullapool to celebrate the 30th anniversary of this annual teaching festival and an album of this work is due to be released very soon.
Between 1990-1995 Iain took on and developed the Glasgow Folk Workshop from a small group meeting in his house to a broad range of classes operating in central Glasgow. An active teacher in the Feisean movement, Iain has also been principal fiddle teacher at the Royal Conservatoire of Scotland and head of Instrumental Music for the Scottish Borders Education Authority. He was a founding director of the Merlin Academy in Melrose, and recently gained an MLitt with Distinction in Folklore from the University of Aberdeen’s Elphinstone Institute.